This year’s summer seems miserable for a lot of people. Many states have to deal with searing heat waves, droughts, and forest fires. TikTok videos show residents frying eggs under the heat of the sun.

Fortunately, we live in the age of air-conditioning systems, which can provide anyone a quick much-needed reprieve. As long as homeowners keep up with their air-duct cleaning schedule, which is once a year, depending on how heavy they use their A/Cs and heaters, an air conditioner can last for as long as 15 to 20 years.

Cleaning the air ducts will also help air conditioners run efficiently, so homes waste only minimal energy. People enjoy a lower temperature while avoiding spending too much money on utilities.

Has it ever occurred to you, though, how your grandparents and other ancestors have tried to survive the heat? Of course, no thanks to climate change and global warming, summer temperatures over the past few years have been brutal. But that doesn’t also mean the same season in the 1800s wasn’t warm.

Well, the following can give you some ideas:

The homeowners in the 1800s and 1900s got creative with their space design and materials not only to blend their properties with their surroundings or embrace the trends of the time. They also helped decrease the heat inside.

Before, one of the most popular materials for building homes was wood. They were abundant and cheap, and they were poor heat conductors. They can also retain heat, such as from a fireplace, in the winter. This explains why cabins can feel so cozy.

In other parts of the country, homes used adobe from organic or earthly materials. Also referred to as mud bricks, they are affordable to create, sturdy, and, most of all, known for their high thermal mass. Adobe houses could store high amounts of heat energy during the winter and release it in the summer.

Homes around this period also featured high ceilings. Warm air always rises, but when the ceilings are low and ventilation is poor, the space beneath becomes an instant greenhouse—hot and humid. By giving these ceilings more height, warm air can escape through the windows and avoid accumulating in the attics.

Definitely, water—lots of it—is an amazing way to beat the heat. Those always on the go have to rely on drinking or water fountains on the corridors or nooks of workplaces, schools, and high-traffic public areas like bus and train stations.

Your ancestors probably used water fountains too, but they were likely to be far different from the ones you know today. The concept of water fountains isn’t new. They were already a staple in ancient Greece and Crete.

In the nineteenth century, a group called Metropolitan Drinking Fountain Association decided to “modernize” these fountains, making the water safer to drink.

Meanwhile, in the United States, people came to the fountain to enjoy the cool breeze the water contributed. Sometimes they might take a sip to quench their thirst. If the fountain was large enough, they might even dip their heads to cool off.

Water fountains weren’t the cleanest, though. Because they were open, they could get easily contaminated. Worse, animals might even drink water from the same source.

It wasn’t until Halsey Taylor released the bubbler that drinking fountains took a semblance to the ones you see everywhere, and they can already provide some cleaner water.

Do you know that many huge corporations are now using ice-based cooling systems? They are now incorporating massive ice blocks into their workplace to keep their employees comfortable and drive electricity bills down.

Although the idea sounds novel, it is not rocket science or new. In fact, one of the earliest air-conditioning systems used blocks of ice too. Ice trading was a flourishing industry in the nineteenth and early twentieth centuries, particularly on the East Coast.

Workers would usually laboriously dig and chip these huge ice blocks from the frozen bodies of water, such as lakes and streams. When they reached the households, homeowners would store them for the summer. Ice also contributed to the popularity of chilled drinks and, of course, ice cream, which helped relieve the heat’s discomfort.

Which do you think is the most economical and convenient way to handle the summer heat? As far as managing the effects of the hot temperature, you seem to be in a better position than the early Americans were.

Just turn on the AC, and voila, your space cools in a matter of minutes. If you’re worried about expenses, you can run your thermostat to regulate the temperature and clean the air ducts often.

Nevertheless, the strategies of the past can give you more ideas on how to handle the heat in case you don’t have easy access to an air-conditioning unit. 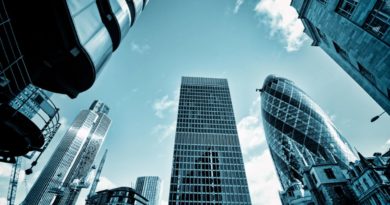 What Are Property Authorized Answer Companies?

Why PVC Is Great for Pipes 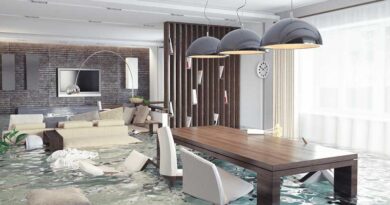